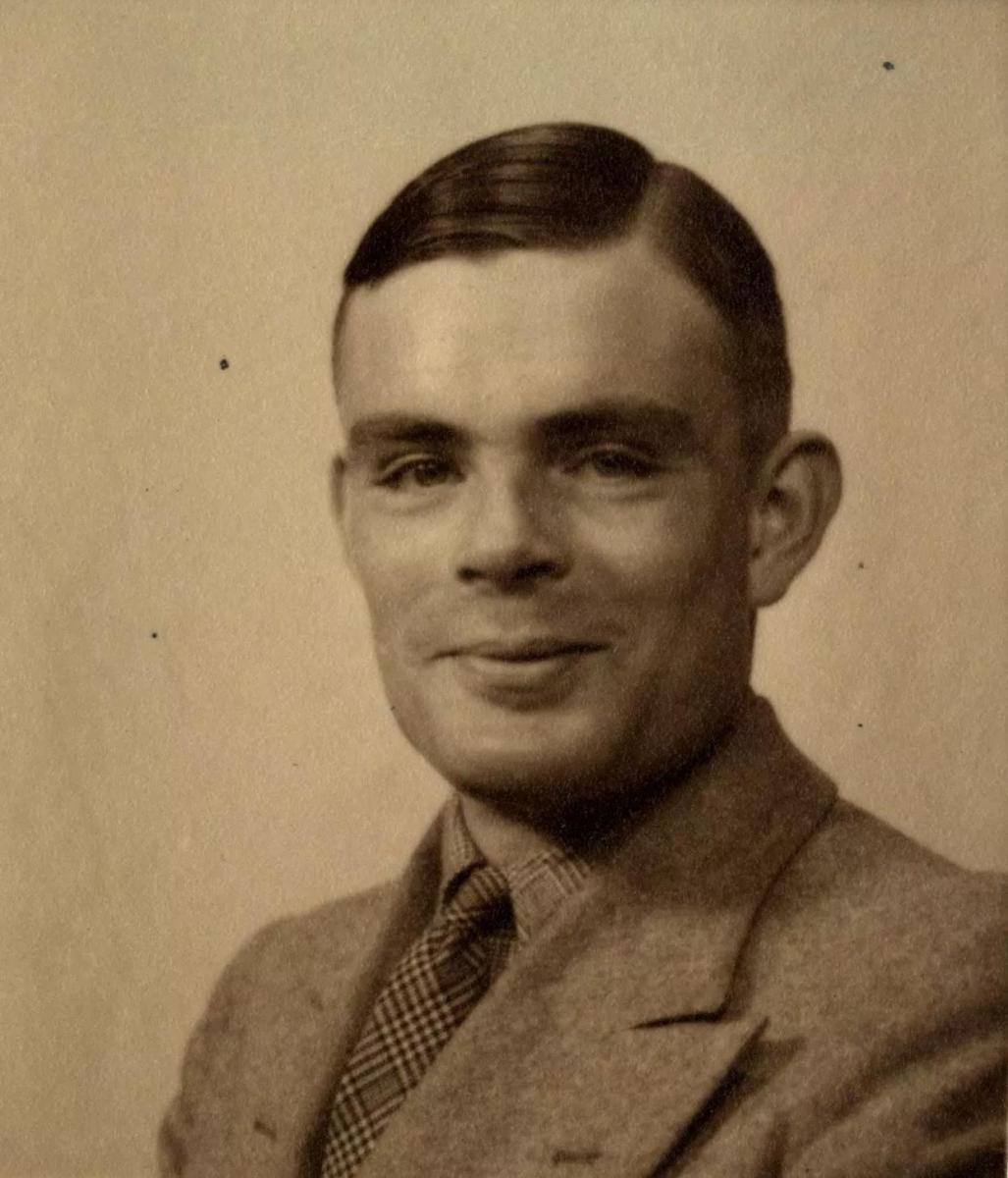 Alan Mathison Turing was born on 23 June 1912, the son of Julius Mathison Turing, a civil servant in India, and (Ethel) Sara Turing, the daughter of Edward Waller Stoney, chief engineer of the Madras and Southern Mahratta Railway.

Alan's early life was spent with his brother John, living with the Ward family at St Leonards-on-Sea (near Hastings); his parents visited from India when they could. Alan was educated at Hazelhurst School, then Sherborne School. He won an Open Scholarship in Mathematics to King's College and matriculated in 1931.

He graduated in 1934 with distinction, and was awarded a Fellowship in 1935. This was followed by two years as a Visiting Fellow at Princeton; in 1936 the draft of his paper 'On Computable Numbers' was completed. Alan returned to King's in 1938 with his PhD. When war broke out he joined the Government Code and Cypher School at Bletchley Park, Buckinghamshire, where he was part of the team deciphering the Enigma machine. He was awarded an OBE in 1946 for his work.

After the War, Alan worked first at the National Physical Laboratory and then at Manchester University on the development of the computer from his first ideas in the early 1930s for a 'Turing machine'. He was elected a Fellow of the Royal Society in 1951. In the early 1950s he was developing a theory of morphogenesis, a mathematical theory of organic growth. The work was left incomplete when he died, on 8 June 1954, at his house in Wilmslow, Cheshire.

Click here for some notable quotes by Alan Turing.

The archive is divided into six sections, prefixed by Turing's initials (AMT): A, B, C, D, E, K.

Includes obituaries, tributes, recollections by teachers and colleagues, documents about a biography of Turing, about the AM Turing Award and about a commemorative plaque.

Includes notes for lectures and talks, typescripts of talks, and off-prints of articles and papers.

Includes letters from Turing to his mother, letters to and from colleagues about mathematical problems, machine intelligence and personal matters.

Videos of lectures and talks given on this day, and a copy of a lecture given by Professor Robin Milner. These items are held in the King's College Archive Centre and are not available online.

Material given to Kings College, Cambridge, in 1960 - AMTK

Includes more of Turing's letters to his mother, diagrams relating to morphogenesis, press articles and obituaries, a précis of Einstein's Theory of Relativity, and photographs of Turing.

The images in this archive are copyrighted. Please read the terms of use before viewing the contents of the archive.